During the next couple of days Theresa May,  Britain’s post-brexit-vote prime minister, will pull the trigger to unleash the process UK leaving the European Union. Why did those people who suffer from that decision vote for Brexit and those who will gain an advantage almost collectively voted against leaving EU. What went wrong with democracy?

When you talk to faculty members in Oxford or Cambridge or with bankers in the City of London you will hardly find anyone who has voted for Brexit. Or at least it’s hard to find anyone who commits doing so. That’s interesting because both groups might expect extraordinary benefits out of UK leaving the European Union. The bankers can expect an ongoing volatile pound (what is appreciated by traders), it’s likely that there will be less regulation in the British banking-sector to gain competitive edge against it’s European and US rivals and there will be a lot of cheap government-money to ensure economic growth. The scientists of Britain’s elite universities may also expect an uplift through Brexit since an important pillar of their development is anyway based on the Commonwealth countries and its infinite source of talent and European students will still apply in huge numbers hoping for a seat in one of those prestigious institutions. 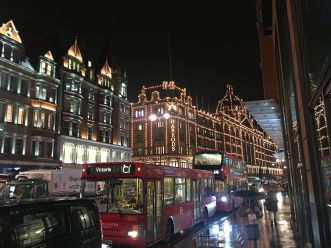 Nevertheless hardly anybody within this two peer groups was voting for the Brexit. Maybe because of social responsibility or maybe out of fear of the unknown or maybe out of a strong commitment to the idea of a unified Europe.

On the other hand a tremendous source of votes for leaving the EU was found with rural blue collar workers. Huge numbers of them giving their pro-Brexit-vote on election day were a major driver of today’s situation. But especially this group of people is suffering of the toxic fallout of that decision. The value of the pound decreased to levels not seen for decades and made almost all imports significantly more expensive. Not matter if those imports had to be paid in Euro, US-Dollar or Rupien they became much more expensive. And this had and still has an direct impact on the retail prices of a lot of goods. This leads to the situation that UK workers can buy less today with their wages than they could buy before the Brexit decision. The PMI – the major index for the buying-power of a country’s population – is going down rapidly and make us expect the situation to become worse.

Nevertheless a huge number of this peer group voted for UK leaving the European Union. A strong driver might have been to enable stricter immigration-laws and making it harder for European migrants to settle in UK. Further motivations might have been anger about European bureaucracy , the member fees of UK as a net-contributor or the blunt lies of Brexit-supporter such as Nigel Farage or  my fellow Oxonian Boris Johnson.

Like the election of Donald Trump whose healthcare bill will leave 24 Million people in US behind within the next couple of years, the Brexit-vote shows a paradox development of modern democracy: People vote irrationally against their personal benefit!

Do people really expect that a billionaire real estate mogul who got a million dollar from dad as a startup gift will understand und serve blue collar interest? Or do they believe that a Bullington Club member such as Boris Johnson and his cohorts are the best pick to represent the working class? I guess no! So why is this development taking place?

In my consideration the key of the problem is modern media! Not the way you might think now. I am not talking about fake-news. Fake news is a hoax. Much more it’s about two major trends.

The first development is accessibility. Anyone (with some money and the interest to do so) can build his own media channel through internet and even faster and cheaper through social media. This communication channel allows you interacting directly with your target group and enables you to bypass classical media (such as newspapers, TV, radio) channels and its journalistic filters. The most impressive example of this change in media landscape is Donald Trump and his famous Twitter account. But also Barack Obama used those channels extensively during the 2008 campaign and internet and social media can be considered an important driver of his success during this election race.

Taking away the filter instance of media means that the fourth pillar of democracy is seeing its influence and its number of recipients eroding.

The second huge trend – and this might be a result of the first development – is that classic media started treating trash with the same seriousness as content with value. It was the media that promoted Nigel Farage’s exit phantasies at a stage where there was no reason to do this. And from the beginning this clown was given the same kind of platform as serious politicians got. Even more because he was so nicely absurd when he bluntly offended EU-politicians in the European Parliament. His entertainment-value brought him coverage. And coverage brought him votes. The same with Donald Trump. Already in the primaries of GOP prominent TV channels featured his empty pult live while waiting for him to appear and hoping that he says something scandalous, funny, racist or just non-sense or a lie. What media obviously didn’t realize (neither in the case of Brexit nor with Trump) that they were the catalyst that made these developments happen. I am aware that media needs entertainment and entertainment to attract viewers but the consequence of Infotainment is that you will also get „Politainers“ ( hybrid of politician and entertainer)  leading the country.
Anchor Bill O’Reilly from Fox is a great example of this sort of media people who found their niche and built their market in serving and attracting the lowest human emotions such as fear and anger. Over the time people like O’Reilly overtook first the TV-stations (today also Youtube) and later the media market and its recipients. Today also these representatives of media are eaten by the unstoppable progress of internet and social media and are facing a hard future with decreasing viewers and the permanent threat of partisan media like Breitbart.
But it was people like O’Reilly who opened up Pandora’s box and gave so much seriousness to a „Simpsons-joke“ that it became true.

Democracy became a circus where the loudest kid in the room gets all the attention. But unfortunately politics is not about having the loudest voice or about telling funny jokes or being provocative. It’s about leading a country and its people into a bright future. The paradox of Brexit and Trump shows that the impact of social media, internet and classic media – continuously adopting for lower standards to reach the remaining target groups – is driving the quality of democratic decisions down. The entertainment value and the emotional aspect of the argument succeeded the need for sustaining impact on society and it’s people.

Fortunately this development of democratic paradoxes will not last forever and I am pretty sure that these kinds of electoral results will disappear sooner than later. The United Kingdom as well as the United States are confronted with their big issues. The British have to manage a Brexit that will hit a lot of the country’s population economically hard. The Americans have to deal with President Trump who gave a first impression what further might come and is making a good portion of American people already be frightened and disillusioned. Both countries (due to their size and global influence) are watched closely by the global community and from more and more people around the world you can hear that they don’t want to run into a situation similar by giving an unthoughtful, irresponsible and irrational vote on election day.

Until Brexit and Trump it might have been „fun“ to vote for something surreal or somebody incompetent. Voting for a Brexit without considering the personal consequences. Or voting for Trump without considering he is serious about removing healthcare. Since Brexit and Trump became reality the situation has changed and people around the world have learned that voting is a serious matter. You have to live with the consequences and they have impact on your daily live.

born 1978 in Austria, is Chief Executive Officer of the KWAK Telecom Ltd., global market leader of IPRN Services acting in more than 120 Countries . Prior to KWAKTelecom he served in various management positions at Telekom Austria Group, Deutsche Post and others. Josef holds a Master’s degree in engineering with distinctions from University of applied Science St. Poelten and is Alumnus of the prestigious Oxford Advanced Management and Leadership Programme (OALMP) of Said Business School, University of Oxford. Josef published several plays in at Thomas Sessler Verlag, including “Zodiak”, “Ehe in 16 Bildern” and “Der Steinmetz und ich”. Josef is married and father of two. View all posts by Josef Bruckschloegl